The emergence of versatile gene editing technologies in recent years has enabled researchers to economically and seamlessly introduce sequence-specific modifications into genomes of a wide range of organisms and cell types. Some of the prevalent core technologies in the field are transcription activator-like effector nucleases (TALENs), homing endonucleases or meganucleases, clustered regularly interspaced short palindromic repeats (CRISPR)-CRISPR-associated protein 9 (Cas9), and zinc-finger nucleases (ZFNs). 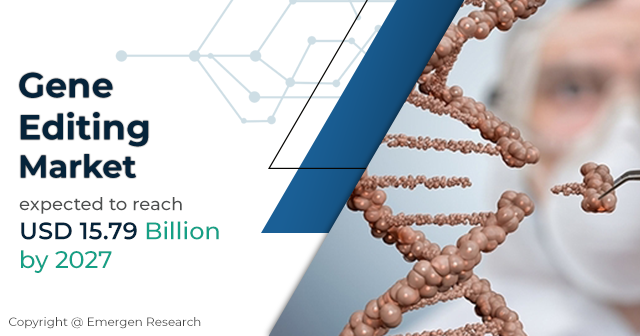 In the past few years, CRISPR-Cas9 gene editing has been in focus for the precision of the gene edits carried out in the procedure and some extremely charged patent disputes. The field is now progressing swiftly, with several start-ups aiming to leverage the CRISPR ‘molecular scissors’ commercially. Even though CRISPR’s application scope is fairly extensive, it is not surprising that most companies are exploring its pharmaceutical applications, particularly pertaining to immunology, cancer, and rare diseases. The technology promises cures, either by editing cells in the body or by engineering cells isolated from the body before restoring them. Earlier this year, Crispr Therapeutics and Vertex announced a joint effort to work on CTX001, an investigational ex vivo CRISPR/Cas9 gene editing procedure for patients with Sickle Cell Disease (SCD) and Transfusion-Dependent Beta-Thalassemia (TDT). The two organizations recently announced that the gene-edited therapy was granted the Priority Medicines (PRIME) designation by the European Medicines Agency (EMA).

This increasing interest in pharmaceutical applications of gene editing is boosting the growth of the market; however, recent developments in the sector have also raised some concerns. Back in 2015, researchers conducted the first experiment to modify human embryos, which kickstarted further investigation into human genome editing. A recent series of experiments published on bioRxiv has raised some safety concerns about DNA changes and on-target complexities following CRISPR-Cas9 genome editing. The field demands much more investigation before it can be scaled. Since CRISPR is a prominent contributor to the overall revenue of the gene editing industry, unfavorable research findings might hinder the growth of the gene editing market for a few years.